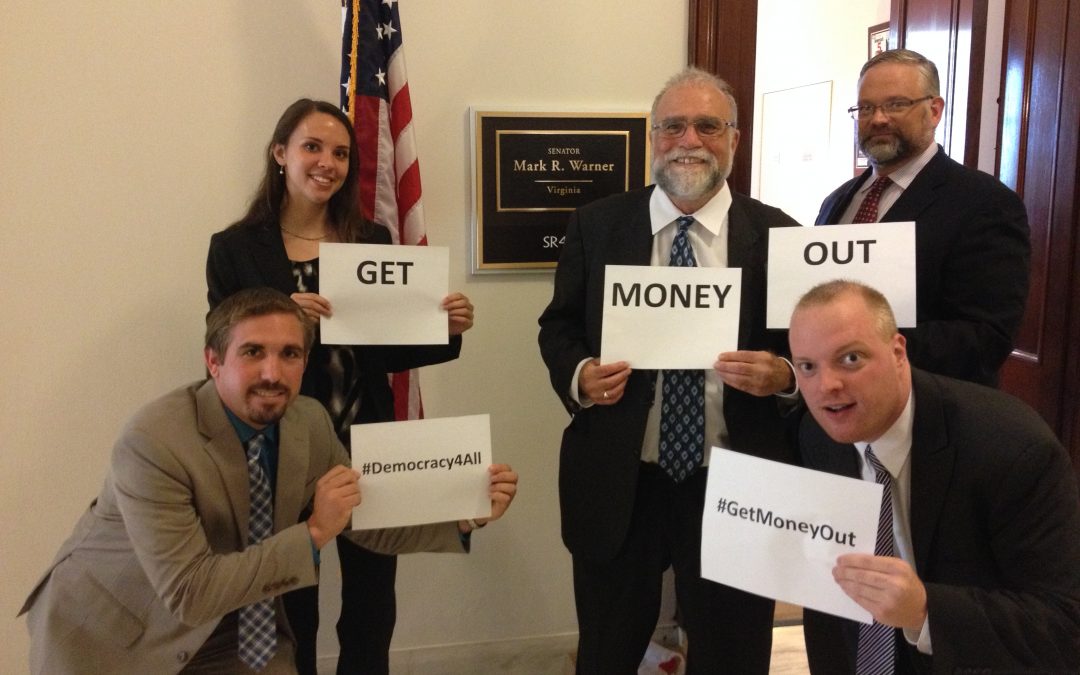 The Gospel of Matthew tells us that we must not serve God and money. (Matthew 6:24) After hearing God’s call to “rebuild His Church” a young St. Francis famously renounced his wealthy merchant father and all his worldly possessions. Our faith teaches us that we must recognize each person as a gift from God, and that we must emphasize the importance of the essential humanity and dignity of each person. And, as Pope Francis calls us to “meddle in politics” we interpret this concept as a requirement that all Americans must have an equal say in the public square.

Following the Gospel example of Jesus and taking our cues from both St. Francis and Pope Francis, the Franciscan Action Network (FAN) has taken the lead on an interfaith coalition, “Faithful Democracy” looking at the issue of money in politics. The coalition looks at the issue from both a faith and legislative perspective, using the issues of climate change, gun violence prevention, and immigration/private prisons as catalysts. Ultimately, we seek to advocate for overturning the Citizens’ United ruling and passage of some form of public financing to stop the corrosive influence of unchecked big money on our democracy.

It is imperative that for a fully functioning and representative government of all Americans that we institute reforms in the areas of campaign finance, voting rights, and good governance. FAN has been an instrumental faith voice calling for those reforms since the Citizens United decision nearly a decade ago.

From the coalition’s beginnings in the wake of the Citizens United decision in 2010, FAN and Faithful  Democracy’s work with the WISC (Washington Interfaith Staff Committee) was unique—it is multi-issue and works with both faith-based and good governance partners including Public Citizen, Common Cause, People for the American Way, and Democracy 21. FAN and Faithful Democracy are now seen as the major faith-based players on issues of money in politics and good governance. The WISC community involvement in the work of getting big money out of politics stretches back even further than the passage of Citizens United. “Religious Leaders for Campaign Finance Reform” was instrumental in the passage of McCain-Feingold in 2002. After Citizens United, it was imperative for WISC to once again focus on issues of good governance and FAN was tasked with taking the lead.

Join us as we bring about the Kingdom of God here on earth and implement vital reforms that are necessary to have a fully functioning and healthy democracy. 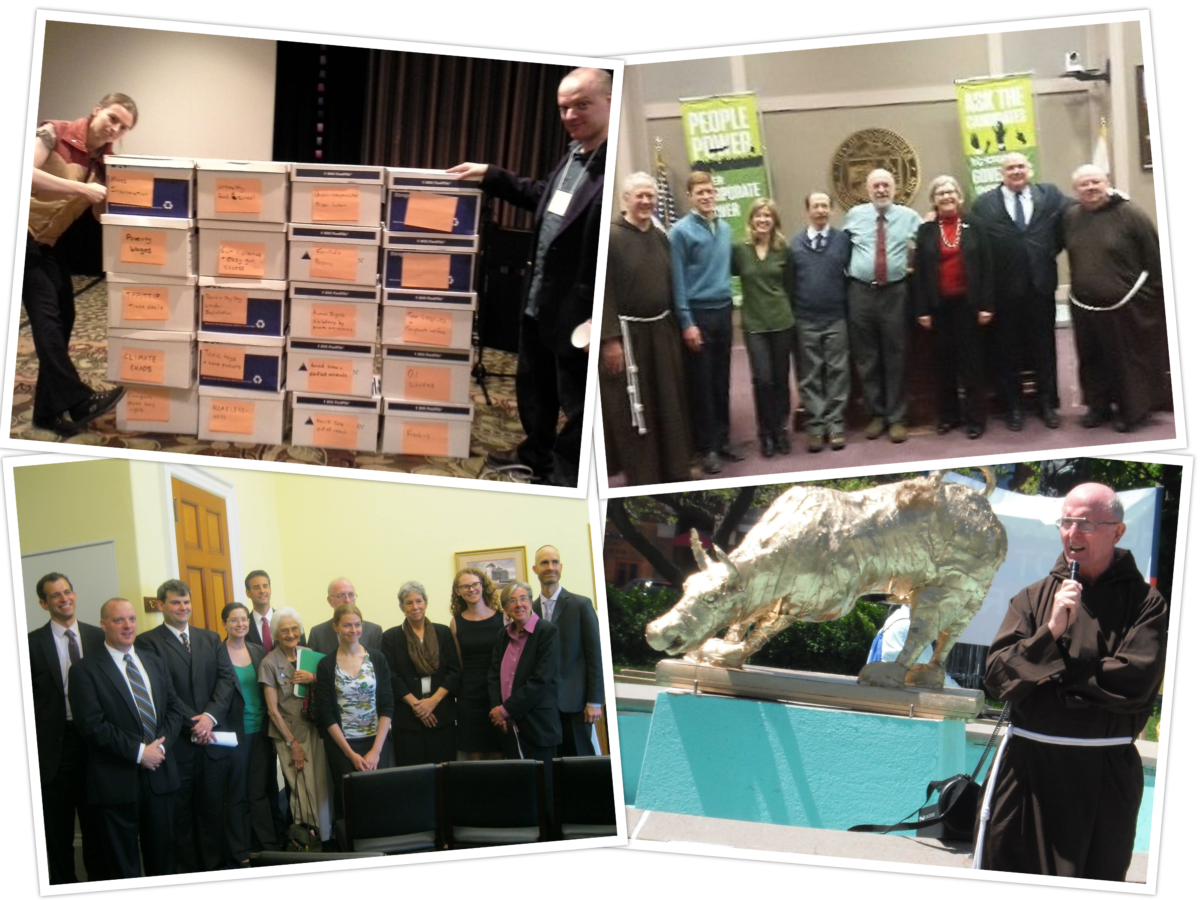 Engagement around Faithful Democracy in 2020:

All through 2020, Faithful Democracy is launching a bi-monthly toolkit “Unheard Voices” which will look at issues of voting rights and good governance. Each chapter will be listed below as it becomes available.

Chapter One: Voting Rights and Disenfranchisement

Click here to sign the people of faith money in politics petition calling for a constitutional amendment to get money out of politics. 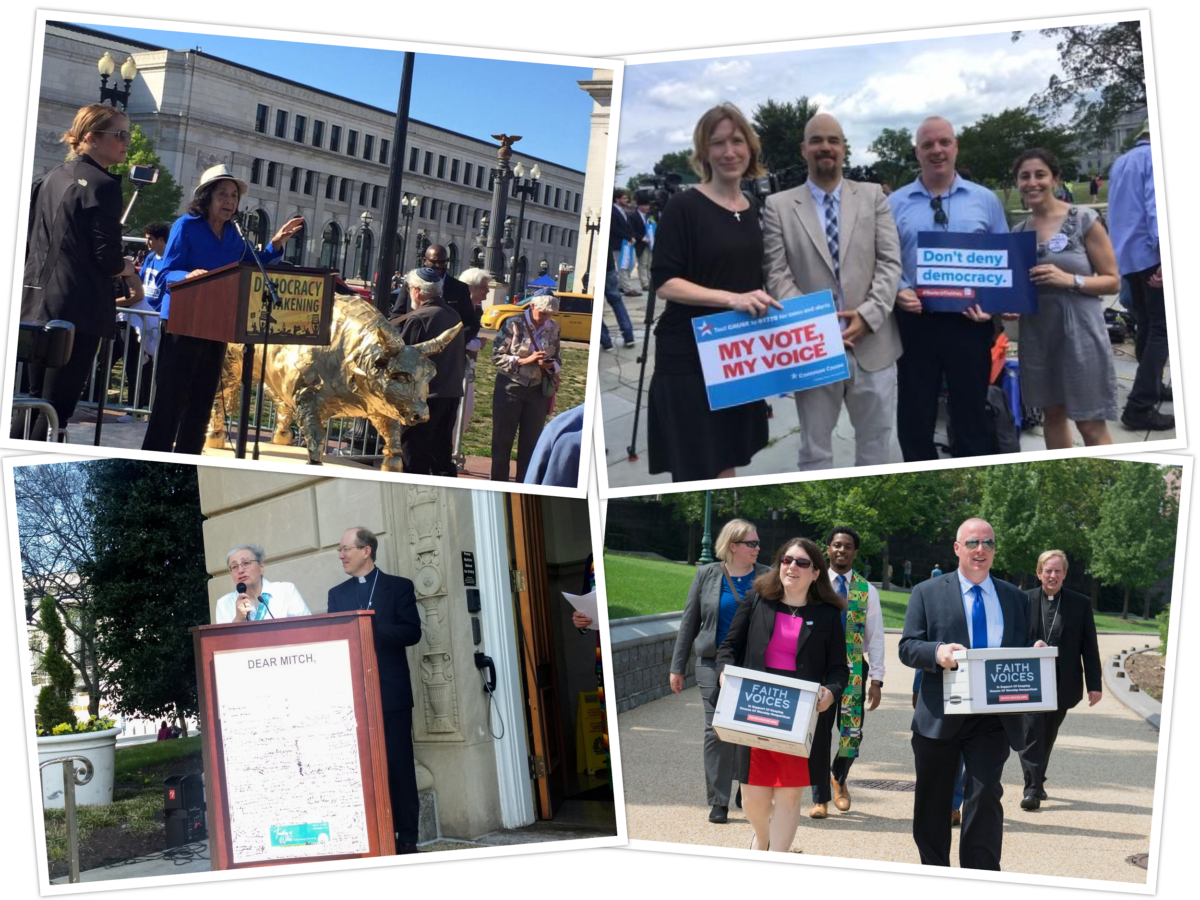 Questions?
For more information about the campaign, email Jason Miller, FAN Director of Campaigns and Development.

2019 started with positive momentum with the introduction of HR1 in the House of Representatives. There is a new-found energy on Capitol Hill around these good governance reforms with the introduction and passage of HR1 in the House of Representatives. The spring 2019 Ecumenical Advocacy Days conference had a domestic focus on voting rights. FAN was instrumental in crafting the “domestic ask” around this issue, led an interactive workshop on voter suppression in local communities, and helped with the public witness the morning of the Lobby Day which ended with a procession and petition delivery to Senator McConnell’s office.

2018 saw the Franciscan Action Network sign onto the “Declaration For American Democracy” with over 100 faith based and good governance non-profits calling on Congress to pass a money in politics and voting rights reform package. Hill visits continue around this effort. FAN is one of the lead faith-based organizations that are a part of DFAD and are continuing conversations with other faith based orgs to get them signed onto this campaign.

Faithful Democracy’s work in 2017 largely focused on keeping the Johnson Amendment intact, which would protect the 501c3 status of our Churches keeping them non-partisan and ensuring that they continue to provide vital social services. This work with a variety of faith and non-profit partners has included op-eds, a sign on letter delivered to every member of Congress, and individual House office visits. One major victory in 2017 was ensuring that overturning the Johnson Amendment (akin to ‘Citizens United 2.0’) was not part of the tax reform package.

Click here to view the Faithful Democracy priorities for 2019.

Click here to for a presentation by FCNL’s Jose Woss the co-facilitator of Faithful Democracy on voter suppression efforts across the country.

2019 Faith Based Organization Letter of Support for the  Declaration for American Democracy.

Franciscan Action Network Statement for the Record in Support of H.R. 1, For the People Act of 2019: Submitted to the House Committee on the Judiciary

Accomplishments of the Campaign Include

Part One: To Change the Power Behind the Law
Part Two: Renew Our Democracy: Break the Chains Between Campaign Finance and Private Prisons
Part Three: Caught in the Net of Corporate Greed: Our Immigrant Sisters and Brothers
Part Four: Buying a Seat at the Negotiating Table: Money and Trade Agreements
Part Five: Fiscal Transparency and Good Governance: Ensuring that communities bearing the burden receive the profits