The original idea for the Franciscan Action Network (FAN) came as a result of a challenge by Franciscans International (FI) and the representatives of each of the six different branches of the Franciscan family.

Located in Rome, this entity is referred to as the “Roman VI.” FI and the Roman VI saw that a great deal of the work they did at the UN and in Rome was affected by what happened in the United States. They called for all of the different branches of the Franciscan families to come together and to present a unified Franciscan voice in Washington DC. One of the early leaders was Sister Margaret Mary Kimmins, an Allegany Franciscan sister, who had served on the board of Franciscans International and worked as director of faith outreach at Bread for the World. She had a unique perspective on the connection between what happens in Washington and what happens at the UN. Margaret Mary along with Russ Testa, who was the JPIC director for the Holy Name Province of the OFM, Brother Tino Arias, OFM Capuchin from the Province of St. Mary’s, and Tom Bello the National Minister of the Secular Franciscans formed a steering committee.

In the fall of 2007, there was a gathering in Baltimore of approximately 150 Franciscans from across the country representing all the different branches of the Franciscan Family, including leaders from all four orders as well as leaders from the Secular Franciscan Order, Episcopal Franciscans and the Ecumenical Franciscans. As a result of this retreat, there emerged the goal for a new collective identity, one that would be responsive to today’s social crises. At this gathering the Franciscan Action Network (FAN) was created. Built to “faithfully represent our steering committee, our Franciscan institutional members and our many new individual members—both religious and secular—in one way: the propagation of a restorative course of action for our culture through intelligent advocacy. This civic action we call advocacy is rooted in the spiritual strength of an eight hundred year old faith tradition that obligates us.” The years 2008-2009 were primarily used to organize FAN. An advisory/action committee was created with representatives from all branches of the Franciscan family and all geographic regions. Bylaws and Articles of incorporation were written, a board of directors was established and FAN received its 501(c)3 status.

Since the early days, FAN has grown into a well-established organization in Washington, DC. Recognized as a lead organization on several issues, FAN has expanded our staff to include directors of advocacy and campaigns as well as retaining a communications coordinator and bookkeeper. Membership has expanded to 54 member institutions. With their support, along with various grants and other outside funding, we continue to build our advocacy efforts within our core issues as established at our founding. By partnering with other organizations, we have become a dependable Franciscan voice for justice both in D.C. and beyond. 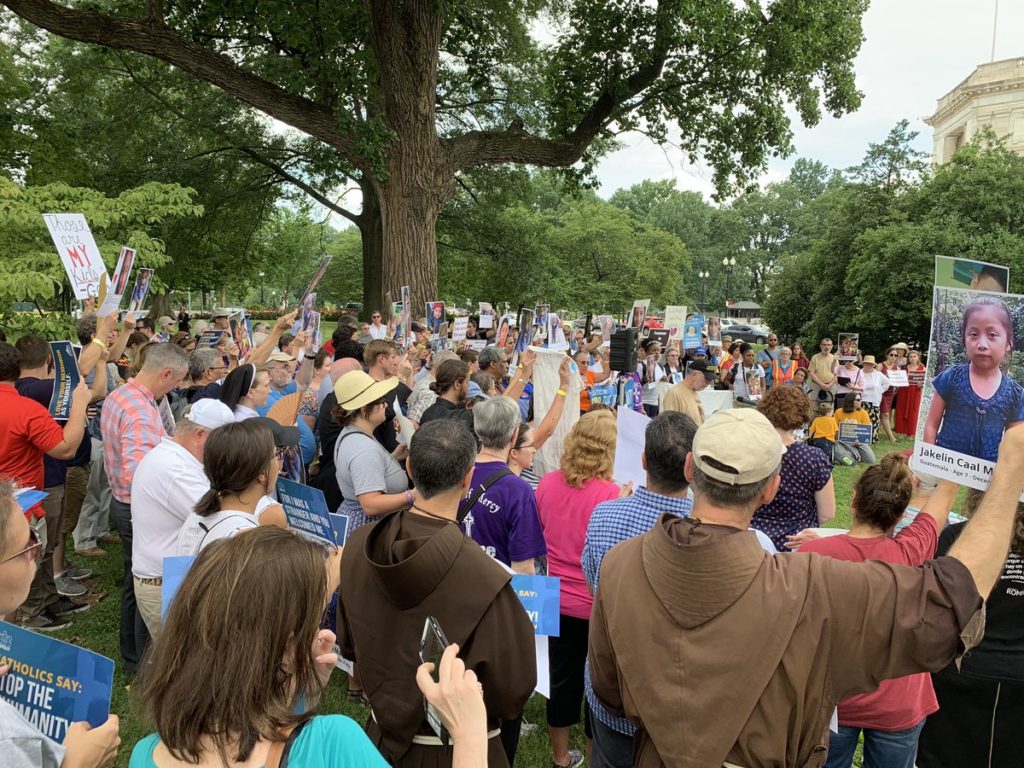 Subscribe to receive FAN email updates and donate to support our work:

Get Email updates
Donate to FAN