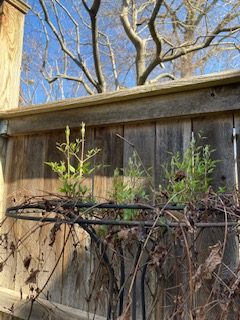 I recall being taught as I grew up that in a democracy like the United States each citizen should vote according to their own individual interests and the results will come out being in the best interests of the most people. While I am still a strong believer in American democracy, I now see that as a follower of Jesus Christ that I am called to go beyond my own interest to the common good and to solidarity with the disadvantaged. I am sure that many times I have been “mutilated by my selfishness,” failing or refusing to see that others are in fact hurt by my pursuing my individual interests instead of the common good.

One way I learned about this recently was through an initiative to improve the rights of domestic workers in Washington DC. Although I have employed babysitters and housecleaners over the years, I never thought much about the fact that these workers–most of them women of color, many of them immigrants–did not enjoy the same rights as other workers or the same legal recourse if their rights were violated. How could I have been so blind, only thinking about my need as a working woman for affordable childcare or housecleaning and not thinking so much about the needs of those workers?

Another thing I am thinking about this week is the way we all rush to judgment about people instead of only their actions. I consider the Russian invasion of Ukraine–an action–very wrong in every respect, an act of evil and brutality that is causing massive human suffering. But I find myself refraining from passing verbal judgement on persons–for example, from calling Putin evil, a madman, someone with whom it is impossible to negotiate, etc. And I feel uneasy when I hear others doing it. I share the inclination to judge and demonize Putin, but remember how many times Jesus reminded us that it is not ours to judge people as opposed to actions. And I fear it can be harmful to judge a leader in this way–for example, it could lead us to give up on diplomacy or options for peaceful resolution of the conflict. Green shoots sprout even on dead growth.

Lord, teach me to judge aright and to speak aright.