The Peace Ribbon is one woman’s vision that inspired tens of thousands. After being deeply affected by a visit to Hiroshima in 1975, Justine Merritt used her Christmas card list to invite 100 friends and relatives to join in wrapping a “Ribbon” around the Pentagon as a reminder that life is precious and nuclear war is unthinkable – a symbol of peace to surround a symbol of war.

The idea grew to include tens of thousands of people of all ages, faiths, and backgrounds, across all 50 states and a number of countries. On August 4, 1985, 25,000 – 30,000 ribbon panels held by about 15,000 people were joined together to wrap the Pentagon, White House and Capitol, about 15 miles of panels in all. It was the largest ever event of its kind, and mostly women-led. Read about FAN’s own Sr. Marie Lucey’s experience as she was in attendance. 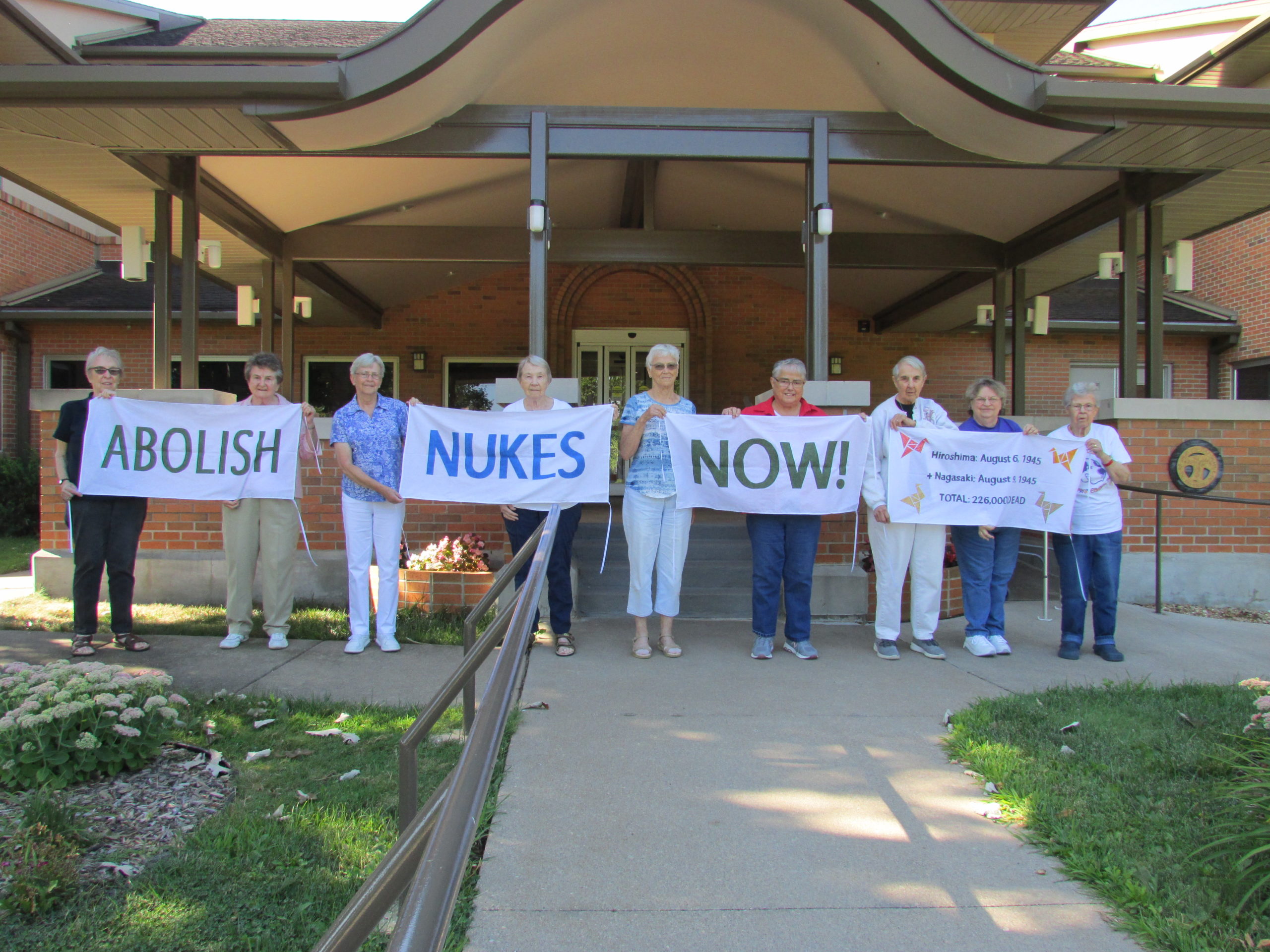 (Sisters of St. Francis of Clinton, IA with their Peace Ribbin panels, 2020)

As followers of St. Francis, a peacemaker in his time, FAN is using the 75th anniversary of the bombings of Hiroshima and Nagasaki as a call to recommit ourselves to advocate for a world free of the threat and tyranny of nuclear weapons.