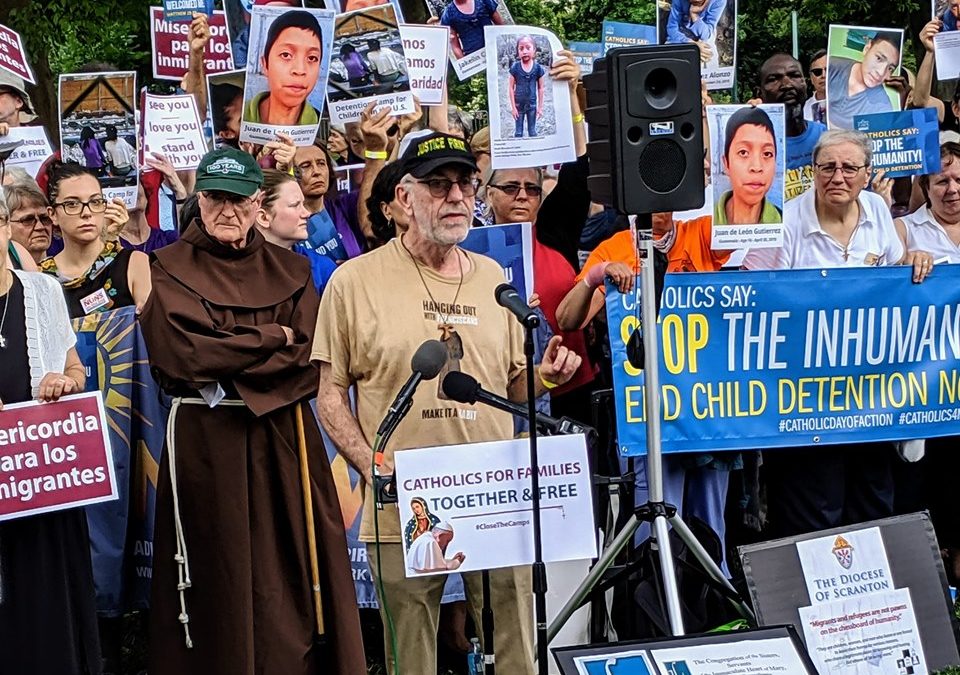 Today inside the Russell Senate Office Building Rotunda, 70 Catholic leaders locked arms in an act of nonviolent civil disobedience, in an effort to put pressure on Congress and the presidential administration to end the immoral and inhumane practice of detaining immigrant children. 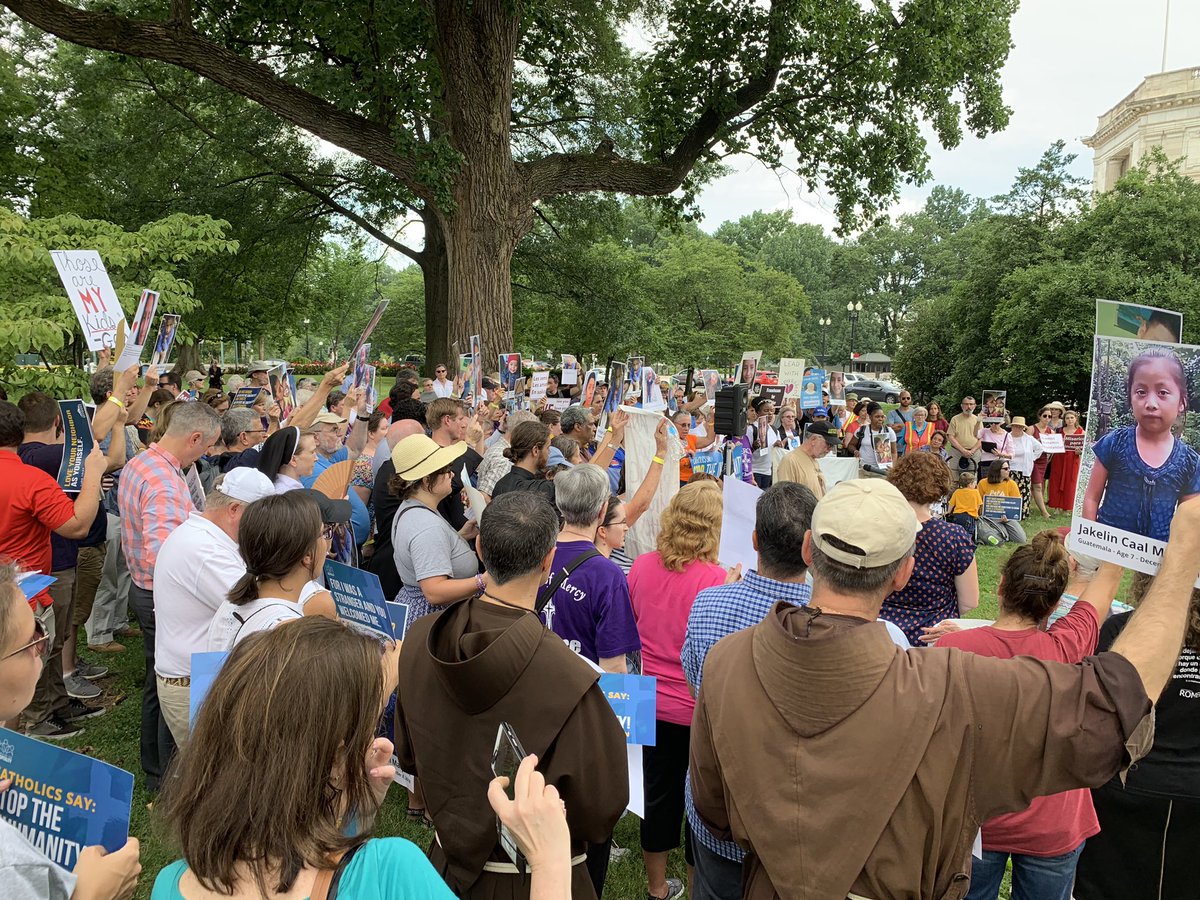 The Catholic Day of Action for Immigrant Children brought together more than 200 Catholic sisters, priests, brothers and lay Catholic advocates representing nearly 20 national organizations who sang, prayed, and chanted as they demanded an end to the immoral and inhumane practice of detaining immigrant children. This action is the beginning of a campaign in which Catholic leaders are increasing their willingness to take significant risks as an act of faithful resistance. Photos here. Video of civil disobedience here. 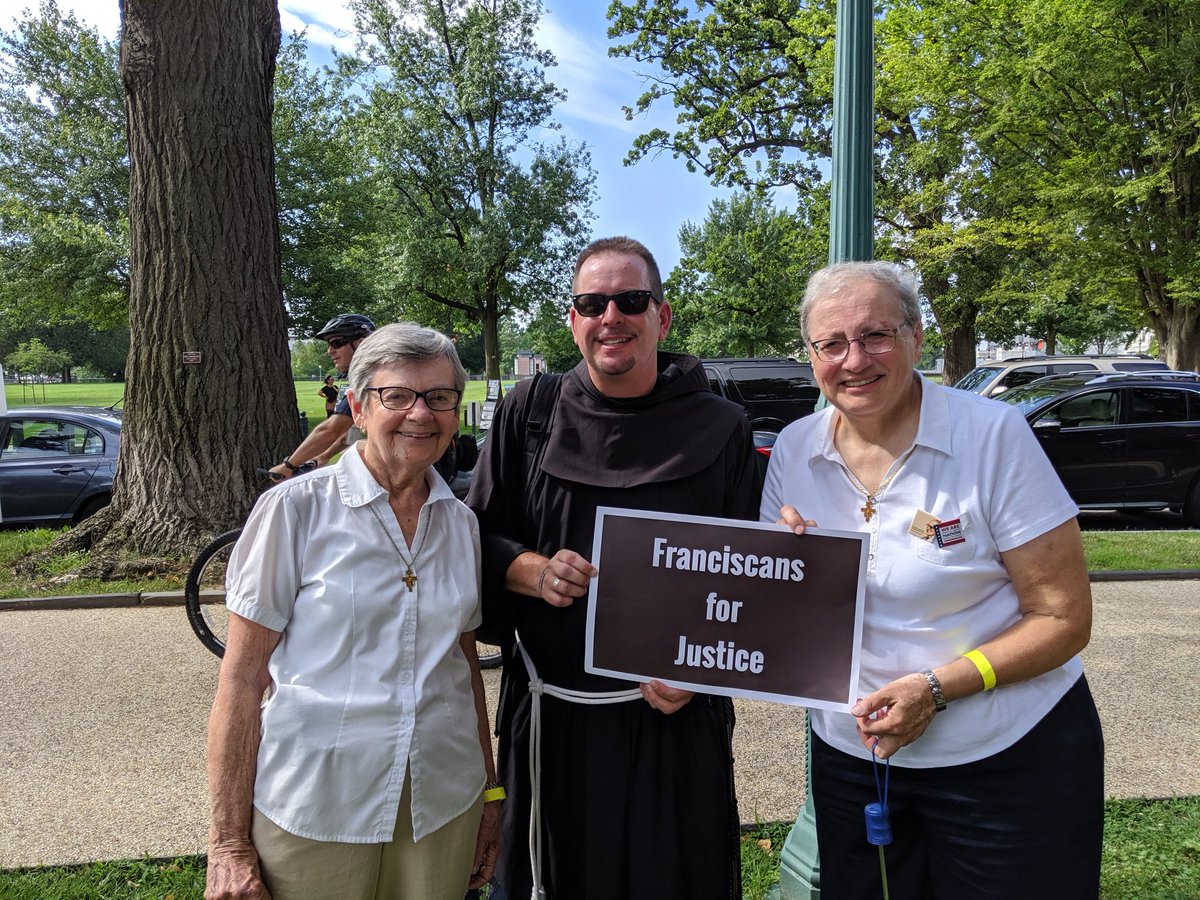 We want to thank all of our members and friends who reached out to us last week about our day of action. Your prayers of support were felt among the 70 arrested and the hundreds gathered to rally at the Capitol. We heard from Franciscans all over the country who are turning their faith into action:

Our hearts are full of gratitude to God and to all those who helped make the day a success. We look forward to more actions in support of our immigrant sisters and brothers.
Peace and All Good