People of Faith Are Taking Action for the Environment 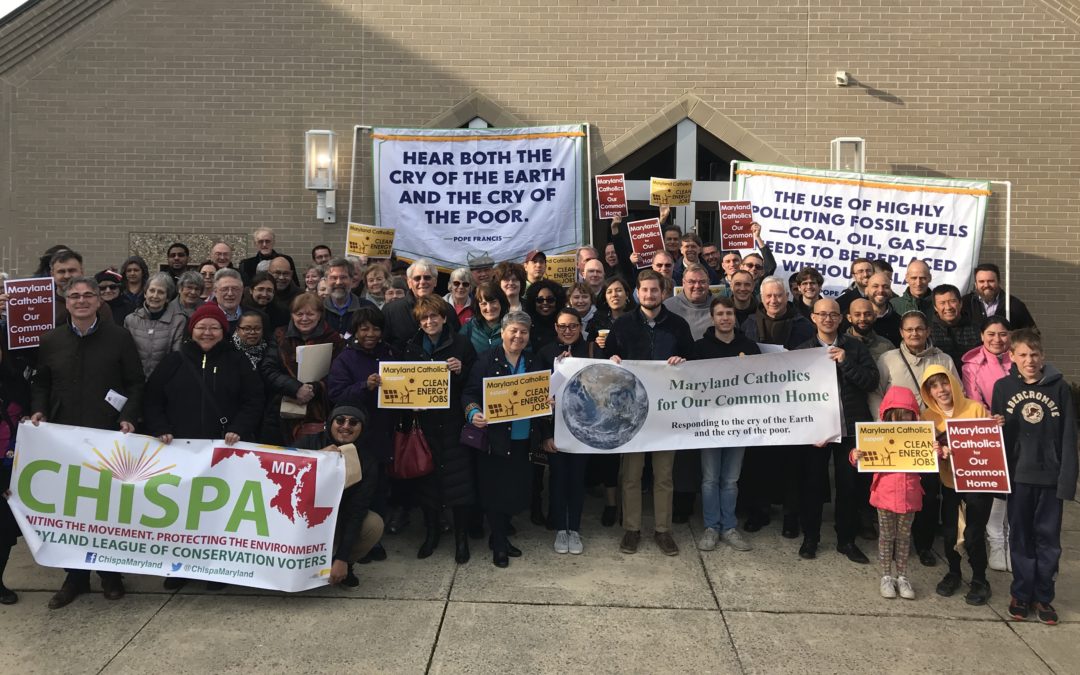 On Feb. 18th, in Annapolis, Maryland, Catholics from 19 parishes gathered (pictured, top) to march to the State House where they advocated with elected officials in support of the Maryland Clean Energy Jobs Act. Former FAN board member, Fr. Jacek Orzechowski, OFM and FAN intern and Holy Name Province postulant, Michael Specht were a part of the gathering.

Fr. Jacek is quoted here saying, “…members of diverse communities [are] speaking about the impact of climate change…” both globally and at the local level. Michael Specht offered his reflections of the day on FAN’s blog page.

Green New Deal Turning Up the Heat on Congress

It is very encouraging to see young people leading one of the more recent climate movements, Sunrise Movement. Sunrise calls themselves, “an army of young people to make climate change an urgent priority across America.” They have been heavily promoting the Green New Deal, with a goal to stop climate change and create millions of good-paying jobs in the process. We hope you have signed on to support the Green New Deal.

Senate Majority Leader Mitch McConnell announced he’s calling for a vote on the Green New Deal resolution in the Senate as early as this week. It’s not clear whether this call for a vote is in good faith. The Sunrise Movement has coordinated an action today where young people from Mr. McConnell’s home state of Kentucky are in D.C. to demand good faith negotiations and to advocate for the Green New Deal.

We have also made you aware of another campaign, Living the Change, whereby people are asked to make personal commitments to do their part to live more sustainably. Supporting movements such as Sunrise and the Green New Deal are concrete steps a person can take in caring for God’s creation.

If you have yet to make a commitment with Living the Change to reduce your own carbon footprint, please do so today.

In the next few weeks, we will have a lot more information for you about various petitions, personal actions, and movements you can investigate and take part in. Through our dedication to care for all of God’s creation, we hope Franciscans will be a significant part of the solution to climate change.