As Franciscans say: Black Lives Matter, We Must Speak Out Against Churches used as Political Props 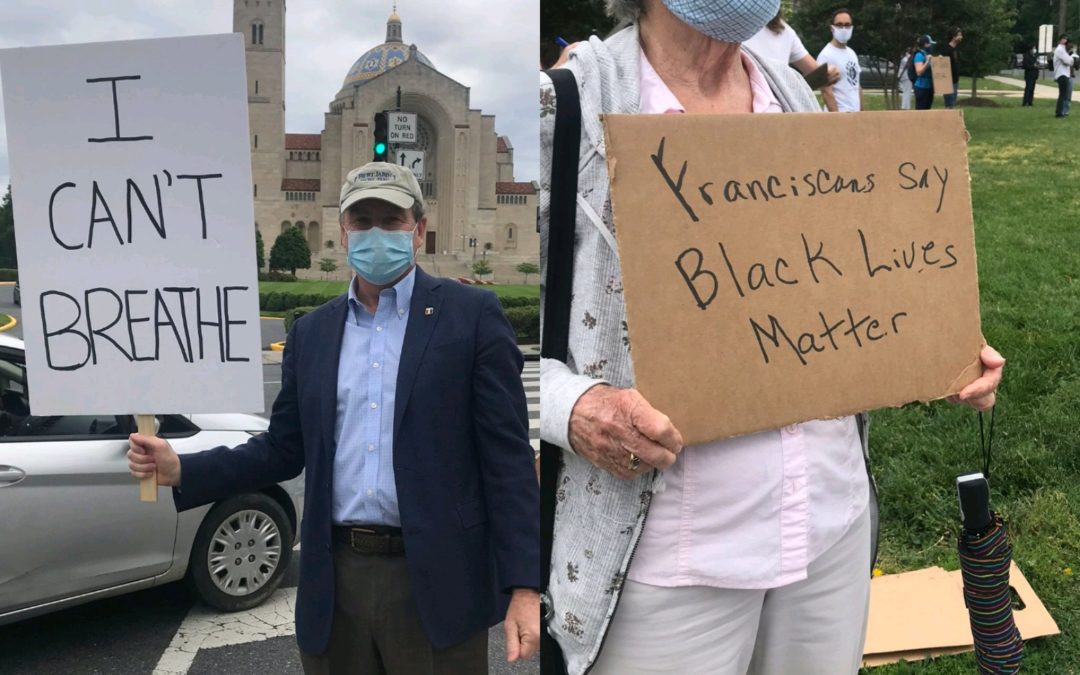 “Let them manifest their love in deeds. With confidence let them make known their needs to one another so that each can find and offer to the other that which is necessary.” (TOR Rule Article 23)

As Christians and as Franciscans, FAN staff proclaimed these words on the streets of Washington, D.C. at a prayer vigil June 2nd (pictured above and below) which served as a peaceful protest of a Presidential visit to the Saint John Paul II shrine. This followed an incident Monday night, June 1st, at the White House where peaceful protesters were pushed back using force–teargas and rubber bullets–so that the President could stand in front of St. John’s Episcopal Church and hold a Bible.

This was a cheap political photo-op that endangered lives. 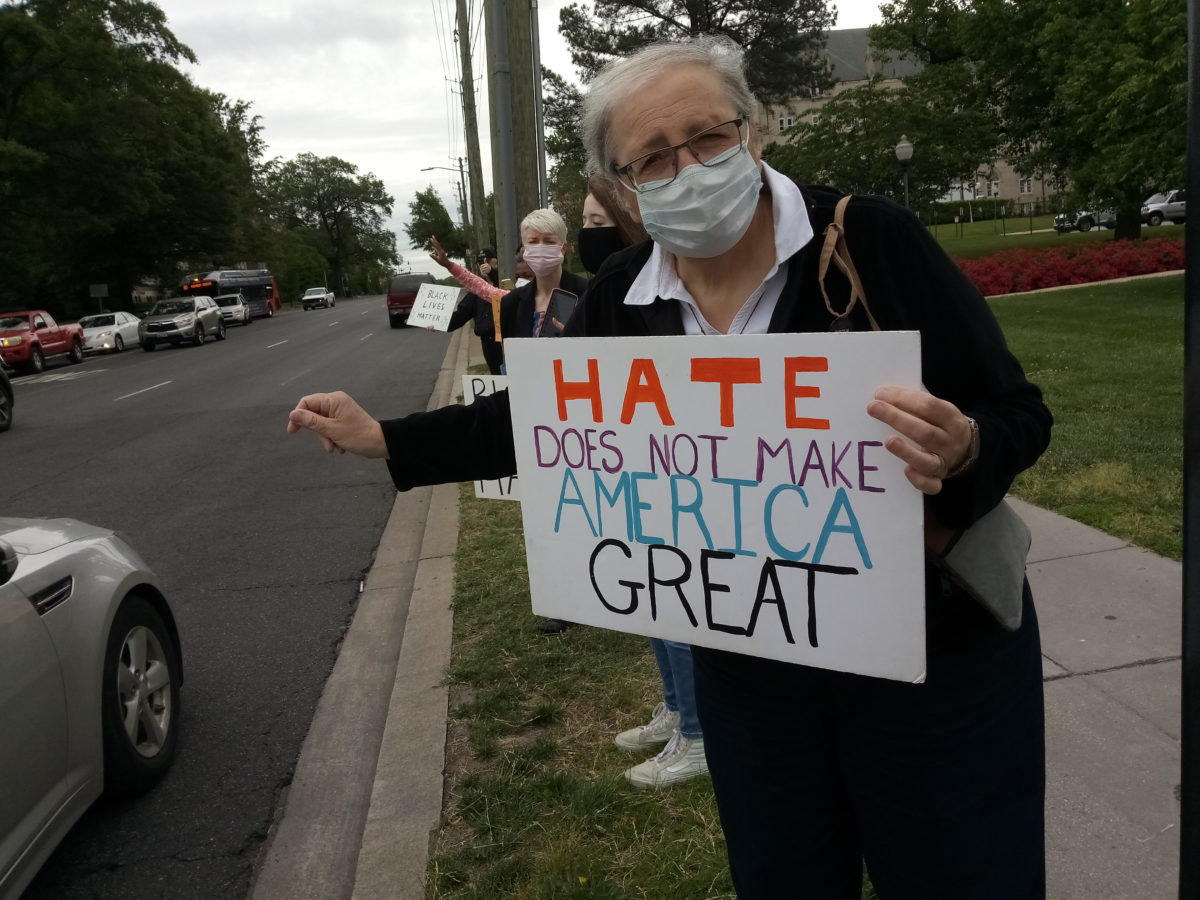 Since the tragic and senseless killing of George Floyd by police officers on Memorial Day, FAN staff has reflected on how we can be better allies to people of color who continue to suffer so many injustices as they have throughout our nation’s history. We have issued a press release but realize that we must do more in order to combat the sin of racism and bigotry. We follow the lead of our brothers and sisters of color but know that we have more work to do–both within ourselves and within our communities.

St. Francis knew that everything in existence is intended for relationship and as Franciscans we are especially attuned to our relational nature. Therefore, we believe and promote the tenet that all human beings, regardless of race, creed, or color, are created in the very image and likeness of God. FAN condemns all forms of bigotry and racism and has previously called on our elected leaders to courageously speak and stand against systemic racism and bigotry directly.

We do not have all the answers but do have some suggestions for our Franciscan family as to how we can together stand up with our sisters and brothers of color for justice. But first we must reflect and educate ourselves. Here are some places to start:

In addition to standing in peaceful solidarity with black and brown people, as Christians and as Franciscans, we must not allow religious places of worship to be used for cheap political props. Presiding Bishop of the Episcopal Church, Michael Curry and D.C. Bishop Mariann Edgar Budde spoke out against the President’s twisted use of St. John’s Church yesterday in Lafayette Square, but more work must be done.

The Saint John Paul II shrine needs to hear from us too–please contact them and express dismay at their allowance of the President to use the shrine as a political photo-op:

Archbishop Wilton Gregory released a strong statement yesterday in response to the President’s visit. Contact the Archdiocese and thank him:

After you contact the Shrine and thank the Archbishop, send us an email to let us know how it went.

And as always: Pray.

Pray for justice for George Floyd, Breonna Taylor, Ahmed Aubrey, and all people of color who have faced racism and violence in our country. Here is a Litany for Racial Justice, developed by John Carroll University Campus Ministry

Pray for peace that our nation may be healed of all of its divisions.

Peace and All Good