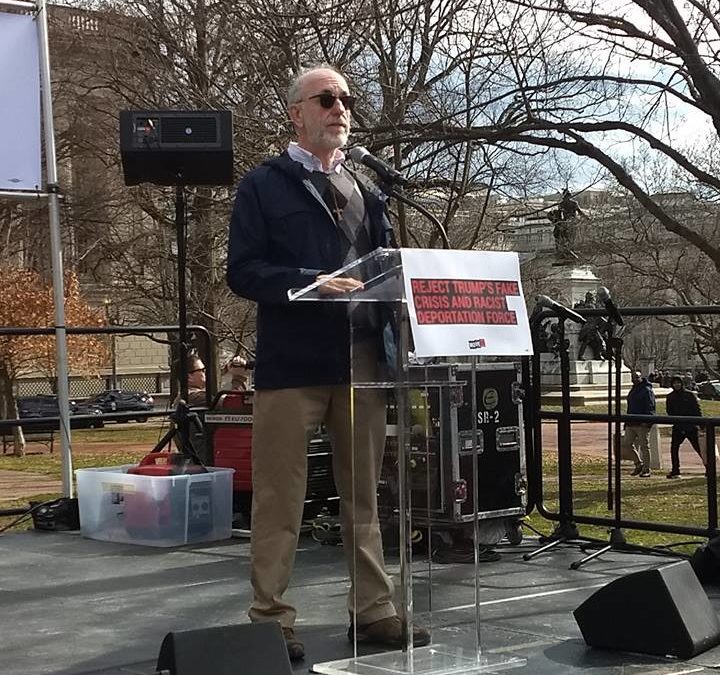 This President’s Day, a broad coalition coordinated rallies and events all over the country in protest of the declaration of a national emergency at the U.S. southern border.

277 events were held in 48 states with at least 50,000 attendees all across the country in cities such as Atlanta, GA, Austin, TX, Cambridge, MA, Los Angeles, CA and Ft. Lauderdale, FL. The Franciscan Action Network staff joined the rally in Washington, D.C. in front of the White House, where executive director, Patrick Carolan spoke on behalf of the Interfaith Immigration Coalition:

FAN also released this statement, saying to keep asylum seekers out of the country is immoral.